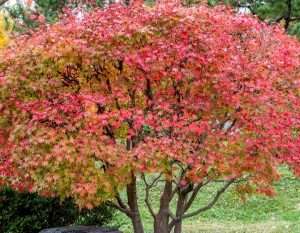 SOUTHGATE — A lawn was mown in the 15000 block of Meadow Street, sometime between Aug. 12 and 16, without the owner’s permission, damaging his Japanese maples, the homeowner reported Aug. 16 when he returned home.

He said it appeared as if some weeds had been removed as well. The victim noted that he has had disputes with an ordinance officer in the past, but he did not know who had actually worked on his lawn while he was gone.