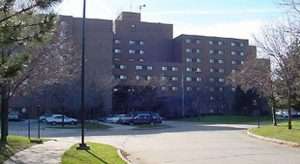 MELVINDALE — A catalytic converter was reported stolen the morning of Aug. 1 from a 2006 Chevy Trailblazer while it was parked overnight at Coogan Terrace, 3501 Oakwood Blvd.

The victim, a 54-year-old man, said the vehicle was intact at 10 p.m. the night before. There were no suspects.