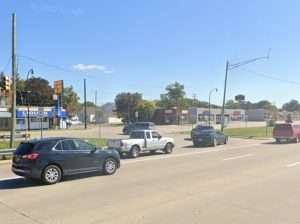 LINCOLN PARK — A woman who was being followed by a stranger in a red sport utility vehicle at 1:25 a.m. Aug. 17, after not letting him cut in front of her at a turn-around on Fort Street near Goddard Road, drove to the police station instead of her residence, which cause the stranger to abandon their pursuit.

The woman, who had just picked up a friend at McCaffery’s Bar, 4210 Fort St., said she was unable to see the pursuer’s license plate number.

Police officers checked the area for the red SUV, but were unable to locate it. An officer then followed her to her residence to make sure no one bothered her.