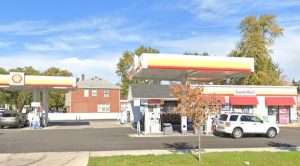 The store clerk said the thief distracted him by asking for items which required the employee to turn his back to him. A later review of surveillance camera footage shows the man pocketing the vape cartridges.

The man returned to the store a day later, and when the clerk confronted him about the theft, his companion hurried the man out of the store, and the two drove off in a red 2006 Dodge Caravan. The store clerk provided the license plate number to police officers.

The thief was described as a black man 18 to 20 years old, wearing a black Nike sweatshirt and black sweat pants.