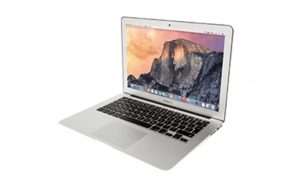 HEIGHTS — A package containing a repaired MacBook computer, valued at $400, was reported stolen Aug. 25 by a resident in the 5700 block of Linden Drive.

The victim said he recently discovered that the package was delivered June 6, and that none of his neighbors took the package for safekeeping, so it was likely stolen from his porch. He was provided with a police report number needed to initiate a loss claim.