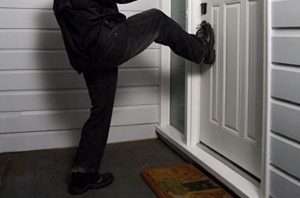 TAYLOR — Three younger relatives of a 70-year-old woman in hospice care may have tried to break into her house Aug. 20 in the 16600 block of Jackson Avenue, the victim’s son, a Dearborn resident, said.

The back door of the house was partially kicked open, and it was heavily damaged, and the storm door glass was broken, but a wooden beam secured across the door from the inside prevented access.

The homeowner’s son, who has power of attorney, said the younger relatives were upset that they were not allowed to live in the house, which has been vacant since December, when his mother went to live in Flat Rock with a granddaughter.

He said the younger relatives have been caught trespassing at the house in the past. The last reported break-in was six days earlier.