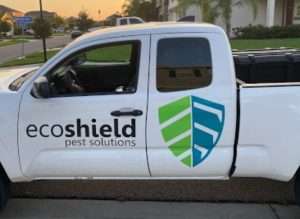 LINCOLN PARK — An EcoShield Pest Control pickup was reported vandalized the morning of Aug. 29, with the rear driver’s side window shattered by a pellet gun after it was parked over the weekend in the 500 block of Emmons Boulevard.

It was estimated that it would cost about $250 to replace the damaged window. A nearby surveillance camera may have captured footage of the vandalism, but no resident was home at the time of the police officer canvass.