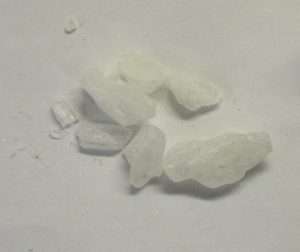 WYANDOTTE — A bicyclist who was high on methamphetamines and driving erratically in the dark, without a headlight, across multiple lanes of Fort Street was taken into custody at 12:08 a.m. Aug. 13 in the area of Fort and Oak streets.

The 23-year-old Southgate man was sweating profusely, had dilated pupils and was fidgeting uncontrollably. The man showed signs of paranoia by claiming that an unknown party was chasing him.

Upon searching the man’s backpack, crystal meth and a crack pipe were found.

Deputy Police Chief Archie Hamilton said the man presented a danger to both himself and the public.

“The officer likely prevented a tragedy or a crime,” he said.