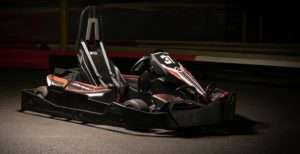 MELVINDALE — A man driving a go-cart without headlights in the 18800 block of Prospect Street after sunset Aug. 29 was warned by a police officer to put it away for the night because they feared he would be hit by a vehicle driver who might not be able to see him.

The driver of the go-cart argued that he had the right to drive in the roadway, which the responding police officer told him was not true.