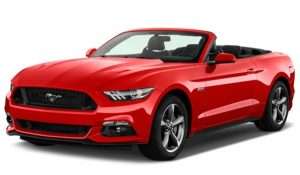 RIVERVIEW — A red Mustang convertible was impounded and towed Sept. 5 after a 31-year-old Lincoln Park man with a suspended license was spotted driving it south on Fort Street near Huntington with no license plate, and with an expired registration which was not in his name and no vehicle insurance.

His passenger’s driver’s license was also suspended, so the police officer was unable to release the car to her.

They were released at the scene, and the man was advised to contact 27th District Court for an appearance date.