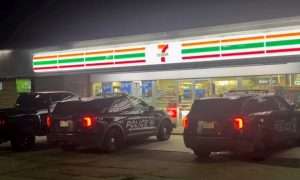 LINCOLN PARK — Two 7-Eleven stores were victims of armed robberies Sept. 2, with the two incidents occurring within minutes of each other, with the gunmen targeting the stores at 3833 Dix Road and 1010 Southfield Road.

The pair of armed gunmen entered each store and held the clerk at gunpoint while making their demands. The investigation remains ongoing and additional details have not been released by police officials, but both stores would typically have surveillance cameras on site.