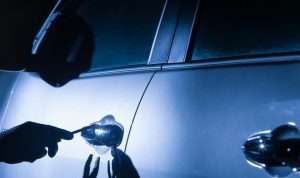 LINCOLN PARK — A motion-activated security light scared off two would-be thieves at 12:26 a.m. Sept. 18 after they entered an unlocked car parked in the driveway of a house in the 1600 block of London Avenue.

The complainant saw the two men on her Ring Doorbell cam alert, and said the men took off when the security light turned on.

She said the car, a blue 2005 Chevrolet subcompact, was currently not running, and is left unlocked because it has nothing of value stored inside.

Police officers checked the area, but found no possible suspects.