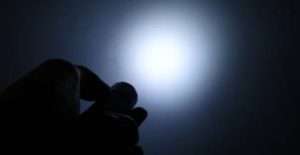 DEARBORN — Flashlight-toting strangers trespassing in a backyard in the 22800 block of Cromwell Street were reported the night of Sept. 4 by the resident, a 69-year-old woman, who said they sent photos of her home to her cell phone.

The woman, who wanted the incident documented, said her cell phone had recently been hacked, and she had filed a complaint with the FCC, which reportedly arrested the guilty party.

Neighbors who had been outside said they did not notice any trespassers.