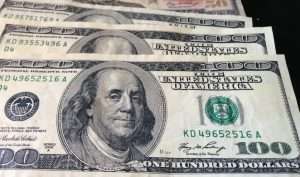 MELVINDALE — Three teenage boys who were flashing counterfeit cash around at MacDonald’s, 4001 Oakwood Blvd., the evening of Sept. 13 were counseled by a police officer to surrender the fake bills and warn others not to use any of them.

One of the teens said he purchased the bogus bills online to hand out to his friends and to use to decorate his bedroom. He showed the police officer the online order page.

They were warned of the serious legal consequences of using the bills fraudulently, and were asked to surrender the bills in their possession. They were also told to spread the word to others with the fake money to turn it in immediately to the detective bureau.