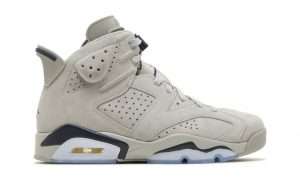 TAYLOR — A package containing a pair of $400 Georgetown Jordan 6 shoes was stolen Sept. 12 from a residence in the 9200 block of Pickwick.

The victim, a 52-year-old Taylor man, said the shoes were delivered at 1:51 p.m. Sept. 12 by FedEx, and four minutes later his Ring doorbell cam captured footage of the package being stolen from his porch.

The suspect, of indeterminate gender, was wearing a gray hoodie, and the suspect’s face was not seen. The victim thought one of his neighbor’s sons might be the culprit, but their mother said one son was at school and the other was at work at the time of the theft.

The victim was given a police report number to initiate a loss claim with FedEx.