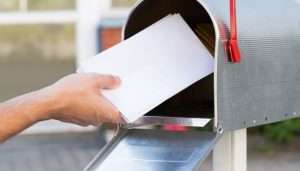 TRENTON — A man who had been out of town for several weeks, whose adult children were retrieving and storing his mail, reported Sept. 13 that when he returned, he discovered several pieces of mail in the stack for an unknown person using his address.

He also received a package for the same person delivered to his house.

The man said among the items mailed to his residence was a piece of mail that showed the stranger’s previous address, which he provided to police officers.