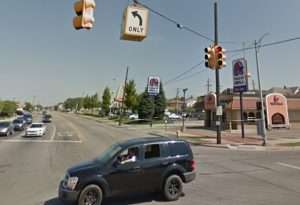 DEARBORN — After running a red light at Warren and Wyoming avenues, a 39-year-old Dearborn man was cited for reckless driving at 12:43 a.m. Sept. 19 following a traffic stop.

Earlier, the driver was seen driving east on Warren at a high rate of speed, weaving in and out of traffic lanes without signaling.

The driver admitted to and apologized for his poor driving behavior, and was released from the scene without incident.