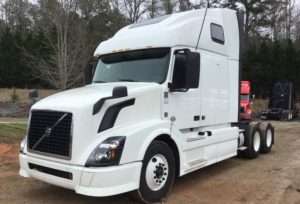 MELVINDALE — A white 2015 Volvo semi-truck cab was stolen from Five Stars Truck SVC, 3345 Greenfield Road, the afternoon of Sept. 14 after an oil change.

Two men, one black and one Yemeni, were seen on surveillance camera footage stealing the vehicle, which was unlocked with its keys in the ignition. One of the men then drove off in a red Ford Expedition, while the other followed with the stolen semi-cab.

The semi’s GPS unit was discarded at a nearby BP gas station near Greenfield and Schaefer roads. The unit was taken into evidence to check for fingerprints.