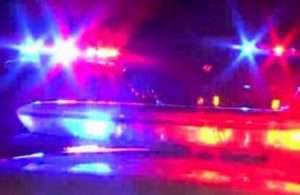 WYANDOTTE — A 36-year-old Wyandotte man was arrested at 2:21 a.m. Sept. 30 for driving with a suspended license, possession of narcotics and leaving the scene of an accident after he drove through a construction zone in the 4600 block of 18th Street at a high rate of speed.

The man crashed into a large pavement void, which deployed the air bag, broke a tie rod and caused substantial damage to the vehicle’s undercarriage, after which the man fled on foot before police officers arrived on the scene.

Nearby surveillance camera footage helped police officers locate the man at a house in the 4400 block of 17th Street, where he was found in the basement.