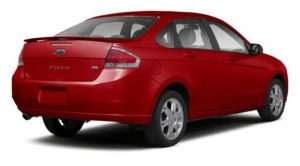 DEARBORN — A Garmin global positioning system and a vehicle registration document were reported stolen Oct. 2 from a red 2010 Ford Focus while it was parked in a driveway in the 25100 block of Marshall Street.

The victim said the theft occurred sometime in the four days prior to the report. He said the glovebox was left open and a passenger door was ajar. There was no surveillance camera footage and no suspects.