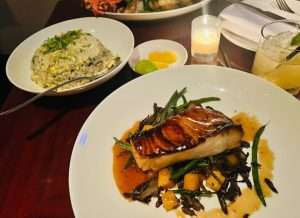 The victim said $390 was debited at an Asian restaurant, followed by a blocked attempt to use the debit card to pay for food at a Mexican restaurant. There were no suspects.