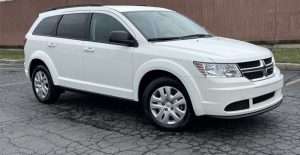 MELVINDALE — After a run of a license plate indicated that a vehicle was uninsured, a traffic stop was initiated the afternoon of Sept. 18 on southbound Schaefer at I-75 for the driver of a white Dodge Journey.

The driver said her insurance policy lapsed a few months ago, and she is trying to save up enough money to renew it. She became angry when she learned that her vehicle would be impounded and towed.

She was cited for operating without vehicle insurance, and was advised to contact 24th District Court within five days. She was offered a courtesy ride home, which she declined.