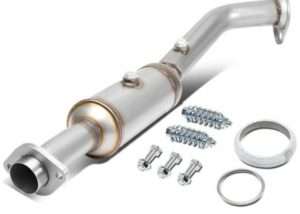 SOUTHGATE — A vehicle vandalized while the owner was on a weeklong vacation was reported Sept. 26, when the victim discovered the catalytic converter on his 2006 Honda Element was stolen.

The victim said the vehicle was parked on the street in front of their residence in the 1200 block of Kerr Street during the week they were gone. The house’s surveillance camera did not capture any footage of the theft. A police report number was provided for the man’s insurance company.