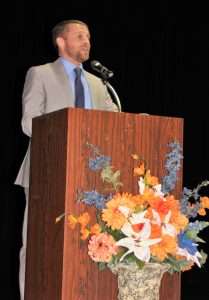 LINCOLN PARK — A Homecoming dance held Oct. 8 at Lincoln Park High School ended early after a fight between two female students escalated when a group of adults became involved in the disturbance.

Per school district protocol, police officers were called to the scene, Supt. Terry Dangerfield said, adding that “disruptive and violent behavior is totally unacceptable, and does not represent the student body and community of Lincoln Park.”

He said an internal investigation has been launched and that school officials are working with local police officers to investigate the matter.

Dangerfield said the restraint of other students and staff prevented a bad situation from becoming worse. Other Homecoming events occurred without any disturbance.