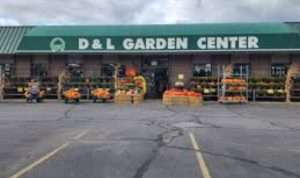 Two large stones, which were likely used to break the door glass, were found inside the store.

At the Speedway gas station across the street, surveillance camera footage recorded a silver sport utility vehicle pulling into the garden center parking lot about 6 a.m., and a moving light was seen near the glass door. Two minutes later, the SUV left the parking lot. An image of the suspicious vehicle was uploaded and taken into evidence.