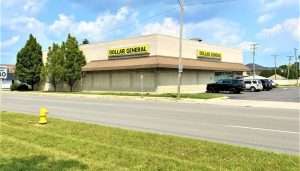 DEARBORN — A 39-year-old Dearborn man caught shoplifting the afternoon of Oct. 9 at Dollar General, 5016 Greenfield Road, was taken into custody when a record check revealed he had multiple active arrest warrants.

The man had attempted to steal a package of T-shirts by trying the hide the package inside the front of his trousers.

The 58-year-old woman with him was seen on surveillance camera footage removing security tags from several packages of T-shirts, which she then concealed inside a tote bag inside in her shopping cart.

The woman, who was released at the scene, was cited for larceny and was told to contact 19th District Court for an appearance date.