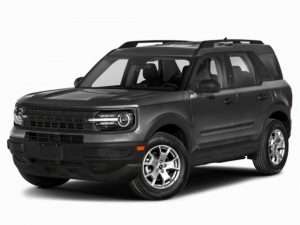 ALLEN PARK — A 2022 Ford Bronco Sport reported stolen the morning of Oct. 4 from Meyer Avenue in Allen Park was found an hour-and-a-half later in nearby Melvindale after it was located using the “Track My Ford” app.

When the vehicle was stolen, it was unlocked, with both sets of keys left in the center console.

The sport utility vehicle was found in the rear parking lot of an apartment building complex, and had damage to the front windshield and the rearview mirror. The Bronco was searched, but no evidence relating to the possible thief was found. Only one of the two sets of keys was found in the vehicle.