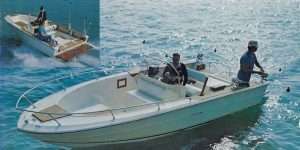 RIVERVIEW — A white 1975 Sea Ray Runabout boat and trailer were reported stolen the morning of Oct. 11 near Colvin and Matthews streets.

The victim said the theft occurred between 9 p.m. Oct. 10 and 9 a.m. Oct. 11 while the boat and trailer were parked on the apron of his driveway.

The complainant said he had purchased the boat in July but had not yet transferred the ownership to his name. However, he did produce a handwritten bill-of-sale. He also supplied photos of the photo and trailer for the responding police officers.

The boat was entered into the Law Enforcement Information Network as stolen.