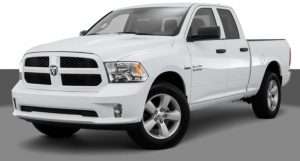 TAYLOR — A drunken 24-year-old Wixom man pulled into a random driveway and fell asleep with his vehicle in drive the afternoon of Oct. 8 in the 14700 block of Dean Street.

The complainant, who did not know the man, called dispatch and said that a man in a white 2016 Dodge Ram 1500 SLT was slumped over the steering wheel in her driveway.

The responding police officers had to knock on the vehicle window several times to wake up the man, who was disoriented and did not know where he was or how he got there. He said the last thing he remembered was going to bed.

His eyes were bloodshot and watery, and he was unsteady on his feet. He failed multiple standard field sobriety tests before being taken into custody, and his vehicle was impounded and towed.

He was transported to Beaumont Hospital, Taylor, for a blood draw, then taken to the Taylor police station, where he was charged with operating while impaired and driving with a suspended license. His driver’s license was confiscated and he was booked and held.