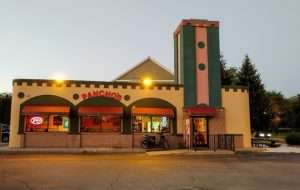 WYANDOTTE — A 62-year-old Trenton man passed out and hit his head the night of Oct. 15 in the parking lot of Pancho’s II Mexican Restaurant, 3860 Biddle Ave.

Surveillance camera footage showed that a medical issue caused the man to pass out, and he never made it inside the restaurant to pick up his carryout order.

The man drove himself to an urgent care facility to have his bleeding head laceration treated.

The man originally reported that he was hit from behind and his food was stolen, but a review of the surveillance camera footage brought the actual circumstances into focus.