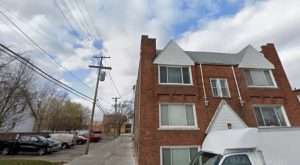 DEARBORN — The rear hatch window of a 2004 silver Honda Pilot was reported shattered the night of Oct. 3 in the south parking lot of an apartment building in the 7100 block of Pinehurst Street.

The victim, a 38-year-old Dearborn man, said he was sitting in his apartment with the window open when he heard the sound of breaking glass. He said he does not have any enemies and he did not know who would be motivated to damage his vehicle.

Nearby surveillance cameras may have captured footage of the vandalism, but due to call volume the police officers were not able to immediately follow up to see if anything was recorded.