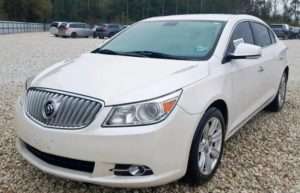 MELVINDALE — A cream-colored 2012 Buick LaCrosse was reported stolen Oct. 7 from the 3200 block of Northpointe Boulevard.

The victim, a 50-year-old man, said the theft occurred between 7 p.m. Oct. 6 and 2 p.m. Oct. 7, when the vehicle owner was not at his residence. He said the vehicle was paid off, no one else has permission to drive it and it was taken without its keys. There was no broken glass near where it was parked, and there were not surveillance cameras close enough to have captured footage of the theft.