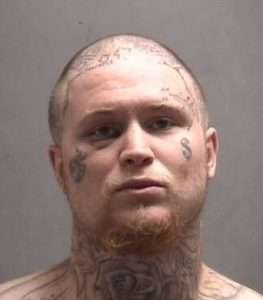 WYANDOTTE — A 26-year-old Lincoln Park man on parole who led Wyandotte police officers on a high- speed chase at 3:20 a.m. Oct. 21 through Wyandotte, Lincoln Park and Detroit in a stolen car before crashing into a light pole near Campus Martius was released on personal bond.

The man, Tobias James Catron, has a history of prior arrests for assault with intent to murder, armed robbery, firearm offenses, fleeing the police and more.

Wyandotte Deputy Police Chief Archie Hamilton said when on-call Magistrate Rodney Johnson of the 36th District Court did a video arraignment for Catron on a Sunday and gave him a personal bond that allowed him to walk free, it was “an absolute insult to the officers who risked their personal safety to capture this criminal.”

Hamilton said Catron has bragged to police officers in the past about shooting and stabbing people to get charges dismissed by intimidating witnesses. He also has a history of high-speed pursuits without concern for the consequences.

Hamilton called for legislators to toughen the penalties for high-speed police chases, and said current laws governing this crime are inadequate.

“The answer is not to restrict our police from pursuing, but to motivate the criminals not to run by greatly enhancing the penalty,” he said.