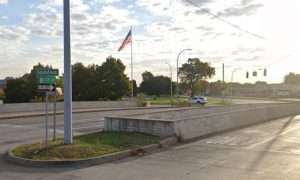 ALLEN PARK — A driver and passenger in a white Jeep Compass fled the scene of a hit-and-run crash the afternoon of Oct. 16 after they rear-ended a vehicle that had stopped to let a pedestrian clear the roadway before turning right from westbound Outer Drive to the northbound Southfield service drive.

The victim, who was driving a 2020 silver Ford Fusion, asked the other driver to pull into a nearby parking lot to clear the intersection, but instead they took off, almost striking the victim as he approached them on foot.

The driver was a black female, with a black male passenger with long dreadlocks. The victim provided police officers with a partial license plate number. The white Jeep Compass was last seen going south on the Southfield freeway.