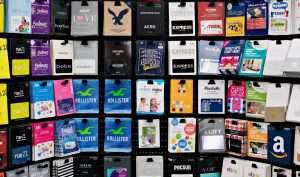 TRENTON — A con artist purporting to be with Comcast tricked a resident on Oct. 5 into supplying gift cards for $660 over the phone as part of a bogus promotional deal.

When the victim began to have second thoughts, they called the gift card supplier and learned that the cards already had been spent. She then reported the incident to police officers and was given identity theft information. She was advised to contact the police department if any other issues arise.