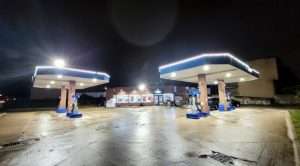 MELVINDALE — A woman stole a pack of cigarettes for the second time in a week the night of Oct. 10 from Clark, 19645 Allen Road.

The store owner said the woman had stolen a pack of cigarettes five days earlier, but he didn’t report it because he thought it was an isolated event for a minor amount.

The business owner showed the responding police officer surveillance camera footage of the woman entering the store and approaching the cash register. When her credit card was declined, she said she would go out to her vehicle for another card, but she instead had a woman drive off with her in the passenger seat at a high rate of speed.

The store clerk said the women were in a black Chevy Impala and he provided the police officer with a license plate number.