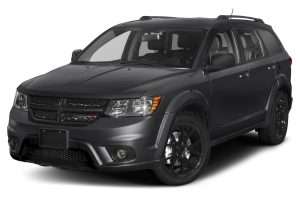 MELVINDALE — A black 2017 Dodge Journey was impounded the night of Oct. 8 following a high-speed chase that began in Melvindale, continued through Detroit and Ecorse, and ended in River Rouge after the driver parked and left the vehicle.

The situation began when a man was clocked doing 60 mph in a 35-mph zone on Schaefer Road near I-75. When a police officer engaged lights and sirens to initiate a traffic stop, the man began to drive faster, running red lights and narrowly avoiding hitting other vehicles.

When the vehicle pulled into a residential neighborhood, a police officer was able to visually track the brake lights and found the parked car, sans driver. The hood was warm to the touch, the front brakes had a burning smell and the wheel rims were hot to the touch.

The police officer called for a tow truck to impound the sport utility vehicle. A woman then came out of a nearby house, and said the car was hers and she had not driven it today. However, subsequent record checks discovered that a man matching the driver’s description was living at the location, and social media indicated that the female vehicle owner was in a relationship with a man matching the driver’s description.

The woman was allowed to remove personal property, including baby items, from the vehicle before it was towed.

The impounded vehicle was placed on a hold for the vehicle being involved in a fleeing and eluding incident.