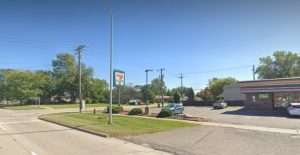 SOUTHGATE — A woman walking to 7-Eleven, 14515 Northline Road, the night of Oct. 22 said she became concerned when she noticed a Chevy Silverado following her.

She said the driver, a man in his mid-30s, followed her from her house in the 12400 block of Helen Street. She said there may have been a female passenger.

The woman said the truck drove by the convenience store a few times and attempted to pull into the parking lot, but when he noticed the woman was watching him, he fled south on Fordline Road.

The responding police officer gave the woman a courtesy ride to her residence.