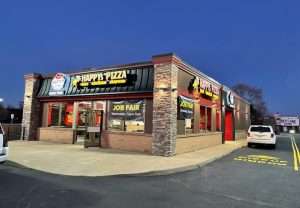 MELVINDALE — It was all tricks and no treat Oct. 31 when two men tried to buy food using a stolen credit card at Happy’s Pizza, 2630 Oakwood Blvd.

While the responding police officer arrested one of the men, the other fled. The man taken into custody initially provided a false name, but his story fell apart when another police officer remembered him from an earlier incident.

He then confessed to taking some meth to try to conceal it, and was subsequently taken to a local hospital for a treatment.

The man was charged with receiving and concealing stolen property for possession of the credit card, illegal use of a credit card, attempted fraud, obstruction for providing a false name to a police officer and possession of methamphetamine. He was also found to have two felony warrants and some extradition warrants.