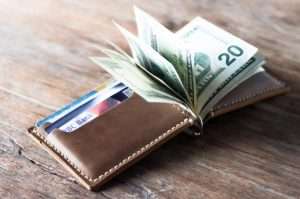 ALLEN PARK — A resident at Maple Heights Senior Living Community reported Oct. 20 that someone had stolen $300 from his apartment while he was at dialysis.

The victim said the money was taken from his wallet, which was in the top drawer of his dresser. He said he leaves his apartment door unlocked when he is not there. There were no suspects.