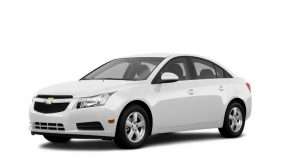 HEIGHTS — Multiple larcenies from vehicles that occurred shortly after midnight Oct. 27 prompted police officers to check an area near Westpoint Street, where they found a white 2011 Chevy Cruze with the door open that appeared to have been ransacked.

The vehicle owner was notified, and she said she left it unlocked in her driveway the night before. She determined that her vehicle documentation was missing, as well as her sunglasses and perfume.