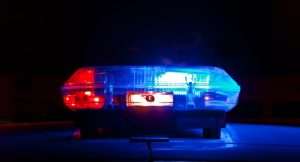 TAYLOR — A 23-year-old Addison man was charged with his second drunken driving offense after a police officer found him slumped over the steering wheel of his car at 11:15 p.m. Nov. 7 in a traffic lane of eastbound Northline Road near Allen Road.

The vehicle was in park, but was running. The driver, who had to be shaken awake, had urinated on himself, was confused and had slurred speech.

The man failed numerous standardized field sobriety tests. A preliminary breath test was administered, and the man had a blood-alcohol content of 0.112, higher than the 0.08 limit for legally drunk in Michigan.

His vehicle was impounded and towed, and he was taken to Beaumont Hospital, Taylor, for a blood draw, after which he was taken to the Taylor police station, where he was booked and held.