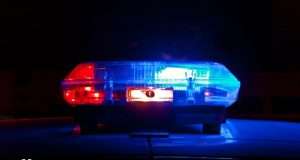 RIVERVIEW — A 53-year-old North Carolina man was arrested at 1:20 a.m. Nov. 3 for operating while intoxicated and driving with a suspended license at Pennsylvania Road and Fort Street, where an illegal left turn at a red light and running a stop sign at a turnaround captured a police officer’s attention.

A traffic stop was initiated, and the man, who said the car belonged to his brother, smelled of intoxicants, had red, glossy eyes and had slurred speech. He admitted to having had some beers earlier.

The man failed numerous standardized field sobriety tests. A preliminary breath test was administered, and the man had a blood-alcohol content of 0.147, higher than the 0.08 limit for legally drunk in Michigan.

The vehicle was impounded and towed, and he was taken to the Riverview police station, where he was processed and held.