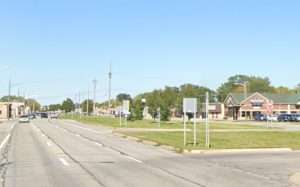 LINCOLN PARK — The driver of a tan or ivory colored sedan, likely a Chevy Impala or Ford Fusion, is wanted in connection with a hit-and-run crash that occurred at 8:30 a.m. Oct. 27 in the turn-around lane from northbound Fort Street near St. Johns Boulevard, where the victim’s vehicle was rear-ended.

The suspect’s vehicle had heavily tinted windows. The driver, who left the scene by driving east on St. Johns Boulevard, was described as a black male.