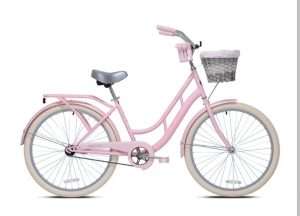 LINCOLN PARK — A would-be bicycle thief may have decided that the pink bicycle he stole the afternoon of Nov. 13 from a backyard in the 1700 block of Lafayette Boulevard was not to his liking, because he later returned to swap it out for the bicycle he had originally abandoned nearby.

The complainant, who said her Ring doorbell cam alerted her to an intruder in her back yard, said the suspect was male, 5 feet 9 inches to 5 feet 11 inches tall, weighing 140 to 160 pounds, and wearing a tan hoodie, black jacket, dark-colored pants and red and white Nike shoes.