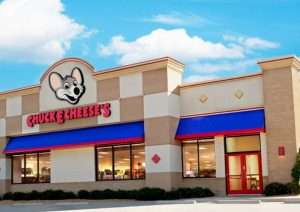 Two men found near a white van at the back door of the restaurant were handcuffed, after which they showed the responding police officers a work order authorizing them to clean the carpeting, and demonstrated that they had keys to enter the building.

The store employee then confirmed the validity of the contract and said she had not expected them to show up that night to clean the carpeting.