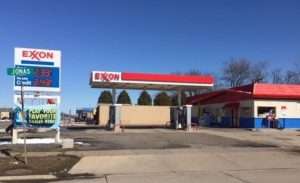 ALLEN PARK — A counterfeit $20 bill was used the night of Nov. 1 at Exxon, 7837 Allen Road, to purchase lottery ticket.

A heavy-set black man wearing a neon yellow work jacket entered the store and handed the clerk a $20 bill, which the clerk determined was fake. The man then gave the employee another bill, which initially passed muster, but was later determined to be motion picture facsimile cash.

The bill was taken into evidence by the responding police officer, along with surveillance camera footage. The man drove off in a white Dodge Durango.