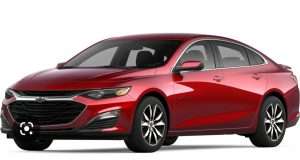 RIVERVIEW — A Chevy Malibu being driven by a 24-year-old Ypsilanti man was impounded and towed after a Nov. 10 traffic stop at Pennsylvania Road near Valade Street for an expired plate.

The registration and plate also were expired, and the driver said he did not know of the status of the car, which belonged to his girlfriend.

A check of the Law Enforcement Information Network revealed that the man’s driver’s license was suspended and he had multiple outstanding misdemeanor warrants from surrounding jurisdictions.

All the impacted agencies declined to take the driver into custody for his outstanding warrants. However, because his license was suspended, the Malibu was impounded and towed. The license plate was confiscated and a paper plate was issued.

He was cited for driving on a suspended license and received a warning about the expired registration and license plate, and was released at the scene.