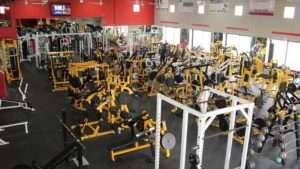 MELVINDALE — A woman was recorded on surveillance camera footage causing a disturbance in the interior of Oakwood Gym, 17767 Dix Road, the afternoon of Oct. 23 by throwing chairs around the facility.

An employee, who reported the incident, said it was the second time the woman had entered the building and caused a disturbance for no discernible reason. The complainant said they did not know the name of the 5-foot-1-inch-tall blonde white female. The employee promised to send surveillance camera footage to the police detective bureau.