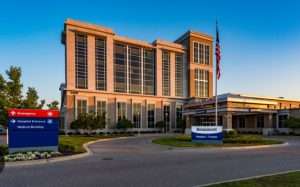 TRENTON — Most people can’t wait to get out of the hospital, but on the afternoon of Oct. 29, one man refused to leave a parking lot at Beaumont Hospital, Trenton, and insinuated that he wanted to be taken into custody.

Police officers had encountered the man, who preferred to remain mostly silent, loitering in the area before. After being given multiple opportunities to leave, and not doing so, the man was taken into custody, and advised that he was banned from the property.

He refused to answer questions during booking, and was advised to follow up with the 33rd District Court for an appearance date.